For the purpose of this code, FESPA members are defined as either National Associations belonging to FESPA (who represent the interests of screen and digital printers in their countries) and Associate Members.

Most screen and digital printers (and in some cases suppliers) in each country are eligible to join their National Association as a member and as such, able to benefit from their Associations membership of FESPA.

All Associations are independent of FESPA and totally autonomous organisations, but they act as the FESPA contact for distribution of FESPA information in their respective countries. However, when they are undertaking activities either with FESPA or for or on behalf of FESPA or acting in accordance with FESPA policy or guidance, the FESPA Code of Conduct set out below will apply in respect of any such activities.

1.3 FESPA Membership Certificate: a membership certificate issued to a member by FESPA

1.4 Member: a member of FESPA including Associate members.

2.1.1 conduct their business in a professional, manner and must not engage in practices, which would be damaging to FESPA or the screen printing and digital printing industries;

2.1.2 promote and maintain ethical standards of conduct and at all times deal fairly and honestly with other members and with third parties in the course of their business;

2.1.3 clearly display their FESPA Membership Certificate and this Code of Conduct, in their principal place of business and in such manner as will ensure that any third party conducting business with the Member can read them;

2.1.4 comply in every aspect with all relevant national and/or European legislation in the operation of their business.

2.1.5 Maintain details of all income received from and all expenditure incurred on behalf of FESPA and to provide overall income and expenditure figures to FESPA annually or upon request.

3.1.1 have clear written terms of business and rules of membership for its own members;

3.1.2 use reasonable endeavours to ensure customer satisfaction in the course of their businesses.

3.1.3 have written procedures in place for handling complaints, which should be available upon request

3.1.4 provide clear information on the membership fees they charge in the course of their business and the benefits of membership of their Association.

3.1.5 disclose all membership fees to customers before entering into a contract with them;

4.1.1 engage in activities which may conflict or compete with any activities of FESPA at any time (including but not limited to promoting exhibitions and events organized by competitor organizations), without seeking prior written consent from the CEO or managing director of FESPA Events;

4.1.2 act in a manner which conflicts with the aims or objectives of FESPA or do anything to bring the reputation of FESPA into question or disrepute;

4.1.3 disclose information given to it in confidence by anyone, or information acquired which it believes is of a confidential nature, without the consent of a person authorised to give it, or unless it is required by law to do so;

4.1.4 knowingly promote material the prime purpose of which is to encourage discrimination on the grounds of age, race, colour, creed, gender or sexual orientation;

5.1.1 recruit and employ people with appropriate skill levels, provide fair remuneration and be committed to continuous training and development, bearing in mind equality of opportunity;

5.1.2 offer services to their members at prices that are fair, competitive and are in the interests of sustainable business relationships;

5.1.3 encourage their members, to apply the FESPA recommended model terms and conditions of business (in such form as applicable at any given time) in their dealings with customers;

5.1.4 in all of their dealings with their members, customers, other businesses and each other, act decently, fairly and reasonably, fulfilling their contractual obligations at all times;

5.1.5 use reasonable endeavours to apply a code of conduct to their own members (in such form as agreed by FESPA);

5.1.6 promote equality by not discriminating unlawfully against any person within its organisation;

5.1.8 not do anything which compromises or which is likely to compromise the impartiality of those who work for, or on behalf of, FESPA.

5.1.9 not prevent another person from gaining access to information to which that person is entitled by law.

Complaint by other Members

6.2 In the event that a Member receives a complaint from another Member the matter can be referred by either party to the CEO who will act as an arbitrator and respond accordingly. If either member remains dissatisfied after the FESPA CEO’s response, the FESPA CEO, at either party’s request, will refer the matter to the FESPA Board whose decision will be final and binding upon both Members.

7.1 In the event that a Member breaches any provision in this Code of Conduct the FESPA Board and/or FESPA General Assembly will determine what, if any, sanctions to take in accordance with the Articles of Association. 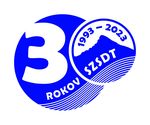